This story first surfaced in the early 2000s about a 21-year old salesman named Chris. A recent graduate of Arizona State University, Chris was having difficulty getting a job in his chosen field when he stumbled across an opening as a sales representative for a marketing firm that—among other services—sold billboard space to gas stations, restaurants, convenience stores, casinos, hotels and others along the interstate system.

Chris was offered the position and shipped off to a training program that gave him a working knowledge of company procedures and protocols and, to a lesser degree, how to sell billboard space. After enduring a week of “ride-alongs” with his manager, Chris culled through incomplete CRM reports to develop a target list of prospects. Dutifully, he called his extensive list of prospects until he connected with a man who owned a convenience store/gas station on I-10 west of Tucson, AZ. The prospect wasn’t, what one might call, enthusiastic…but he was willing to hear Chris’ pitch.

The more Chris thought about the appointment, the more he dreaded the meeting. When he looked at the map, he found that the customer’s store was about 45 minutes east of Tucson and that put Chris about 2 hours and 20 minutes away by car. Chris wasn’t sure that the account was in his territory. But his boss blessed the trip and Chris planned another client call later than same day. All was good by corporate protocols. 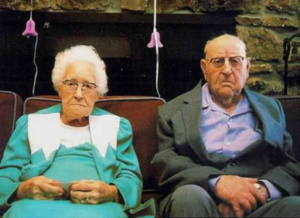 When Chris arrived at the convenience store he found an elderly couple sitting at a table in an area of the store called “The Café.” He went over to the table and asked if the couple knew the owner. The older gentleman stood and introduced himself and his wife as owners. A year earlier, they bought the convenience store/gas station with their retirement savings. The return from their investment covered expenses but fell far short of the windfall they had wanted. Most months, sales covered their expenses with a bit more. But on occasion bad weather or accidents slowed traffic and revenue to a crawl. They were getting by but not with the return they had planned.

But in spite of long hours with little positive return, the place was spotless, restrooms were clean to a fault, the shrubs surrounding the store were pruned and manicured. There was no trash. Products were nicely merchandised and the place smelled of homemade pies.

The couple had been talking about leasing billboard space but didn’t want to increase expenses unless they were convinced that the billboards would drive traffic to their store. The more Chris listened the better this opportunity seemed. The couple didn’t have a lot of options. You can’t expect a miracle out in the middle of the Sonoran Desert. Nothing is going to drive sales unless they make an investment and Chris was armed with all kinds of stories (from his boss) on how effective billboards have been in increasing sales. His boss called this “selling by story.” Build a good story and tell it often to everyone who will listen. It would be a great win, but Chris felt a pang of concern for his customers. Most of the anecdotes his boss shared in the “ride-alongs” were about large companies that owned 10 or 20 stores along the interstate system in Arizona. But this couple was risking their life savings. That made Chris uneasy.

Chris reasoned that it was ok to sell them the billboard space, but he would work with them to make the boards the most effective and well-placed deal possible. Chris scheduled a meeting with the couple to review sample boards that might serve as good examples.

In the two weeks leading up to the meeting, he listened and learned from other meetings and client calls. Customers were talking about value, differentiation, and market segmentation. Corporate calls were focusing on “understanding our customer’s customer.” When Chris thought about the couple on I-10 and the impending meeting, he felt there was more to billboard sales than simply closing the deal or renewing a contract.   He owed the couple something and he wasn’t sure he could deliver. 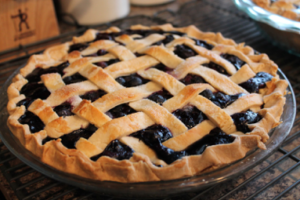 On meeting day, Chris joined the couple at one of the small tables in The Café and showed them his notebook of billboard signs. Reflecting on what he had learned, Chris asked, “What kind of message do you want to send to your potential customers? Your message is a critical piece to your marketing success.” The lady owner said, “I want them to know about my home-made pies. That’s my message.”

The gentleman owner had been looking through the monthly operating statements and said, “I think we need to say something about beer, cigarettes and gas. Those are the three things customers want to buy.”

Chris shared his “pie message” concern with the couple. He couldn’t imagine truckers (a major part of their market segment) barreling down I-10 at 75 miles per hour seeing a billboard for home-made pies and thinking, “That’s what I need—a pie.”

Chris also shared what he had learned about the gas-beer-cigarettes message: “You’ve got to have a message that differentiates you from your competition. Every driver on I-10 assumes that every convenience store has all three. You don’t want drivers to get off the highway—you want them to come to you. What is unique that will appeal to your potential customers?”

The couple was silent. The conversation was going in the wrong direction. Then something happened. A lady in her mid-forties with two young daughters and a husband in tow came over to the table and asked if anyone knew the owner. The gentleman owner introduced himself and his wife. The lady customer then uttered the one-line compliment that ultimately became their billboard slogan.

“Sir, you have the cleanest restrooms west of Albuquerque!”

The billboard program was credited with driving sales by 11% across most product categories—oh yes, a 37% increase in pie sales. Who would have thought smell would drive impulse purchasing in a C-store?

There are several lessons in the story—lessons for Chris and the rest of us in the sales profession. 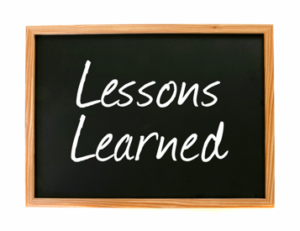 As always, we welcome your thoughts and input. Feel free to start a discussion.