If you or a family member have ever been admitted to a hospital or if you sell to hospitals within the USA understanding their charges, costs and payments can be a bit daunting. Hopefully this blog will help to ease the pain and provide a greater level of understanding. In this blog we will cover several terms and topics including:

At the end of this blog it is our hope that you have an appreciation and understanding of why price transparency is both confusing and essential.

Hospital billed charges are list prices similar to what medical equipment manufacturers provide as a suggested list price. GPOs, IDNs, hospital systems and individual hospitals typically negotiate from this suggested list price to something below it. In the end, different customers pay different amounts for the same product.

Health insurance organizations (payors) do the same thing. They negotiate private contracts with hospitals for discounts off their billed charges (equivalent to a manufacturers list price), and insurers end up paying different amounts to a hospital for the same procedure. This is called a contractual adjustment.

Are you confused yet?

We know this can be confusing so let’s look at a high-level summary and then provide some detailed context and examples.

The following is a brief summary of the relationship between the terms discussed below:

Let’s look at each of these. 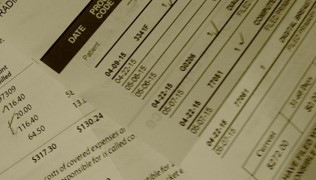 Think of a hospital as a hotel. A hotel has a price list and charges you for the room, internet service, food and beverages. A hospital has a price list as well. It is called a “Chargemaster” or Charge Description Master (CDM). It includes medical procedures, lab tests, supplies, medications etc. A hospital charges for every item used by a patient along with its associated charges (billed charges) on every claim submitted to an insurance carrier or patient.

The billed charges for every item are the same for every payer so there is consistency. In most hospitals, billed charges only cover the hospital’s charges; they do not cover many professional fees. For example, if you are seen in the Emergency Department by a physician that is part of an outsourced service you will receive a separate bill for his/her service. If you need surgery you will also receive an invoice from the surgeon and the anesthesiologist or anesthetist.

Just because a hospital bills for each item or service doesn’t mean it collects the full amount. In fact, hospital billed charges rarely equal the amount reported in the Chargemaster. In most situations, the amount hospitals actually receive in payment is less than the price appearing on the Chargemaster. Health insurance organizations (payors) negotiate discounts that are referred to as “contractual adjustments.” The size of the discount and how it is determined varies by payer. Let’s look at three (3) examples:

As you can see payer mix and how the hospital negotiates its contract prices makes a huge difference in how much money a hospital receives for its services. 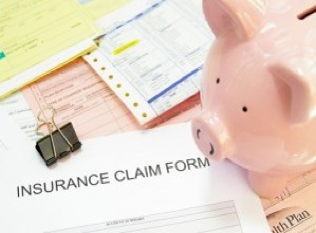 Most health insurance programs require the patient to share in the cost of their healthcare through one of the following methods:

These cost-sharing arrangements add complexity to the payment process described above.

The actual payment that a hospital receives is known as the allowed amount. This is the maximum reimbursement the health insurance plan will pay the hospital for a service provided to a patient in a hospital, based on the insurer’s contract with the hospital.

Under a cost-sharing arrangement, the allowed amount is then divided between the insurer and the patient. The amount actually paid by the insurer is known as the paid amount. An example will provide clarity.

This simple example illustrates why there is confusion with hospital pricing because the pricing is the same but the allowed amount differs based on the negotiated rates with various carriers. To the hospital the price for the procedure is $18,000. To the insurer it is $10,000 for Medicare and for Payer A it is $13,500. For the Medicare patient it is zero and for Payer A it is $3,375. 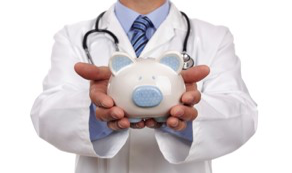 Hospital costs vary according to how much they must spend to provide patient care, as opposed to how much a patient or insurer must spend to receive care. The hospital earns a surplus when they receive higher amounts than their costs. They incur a loss when the opposite occurs.

The cost-to-charge ratio can be used to estimate the cost of some specific procedures or to compare hospital costs between different facilities in the same local area or in other areas of the country.

The example below compares the cost of two hospitals providing knee replacements. Both are located within the same city. Based on average charges per procedure, Hospital B appears more expensive for knee replacements. Hospital B’s lower cost-to-charge ratio, however, means that it performed each of the hip replacements at a lower average estimated cost than Hospital A.

If you were a consumer wouldn’t you be confused? This is exactly why price transparency is needed. Insurers need to know a fixed price it will cost them for a procedure and consumers need to know what their out-of-pocket costs will be for these and other common procedures.

Price transparency initiatives are being pushed from the federal government, state governments, employers, consumers, and other stakeholders. 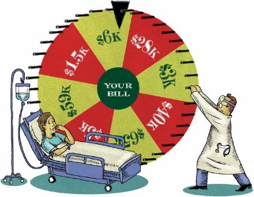 1 Consumers, whether they be individuals, corporations or insurers want to understand the costs of inpatient and outpatient care in order to make better and more informed purchasing decisions. “The Center for Medicare and Medicaid Services (“CMS”) took steps in the fiscal year (“FY”) 2015 Inpatient Prospective Payment System (“IPPS”) final rule to implement the Affordable Care Act’s (“ACA”) provision requiring hospitals to establish and make public a list of its standard charges for items and services. In the final rule, CMS reminded hospitals of this requirement and reiterated that they encourage providers to move beyond just the required charge transparency and assist consumers in understanding their ultimate financial responsibility.”2

As always we welcome your thoughts and input. Feel free to start a discussion.